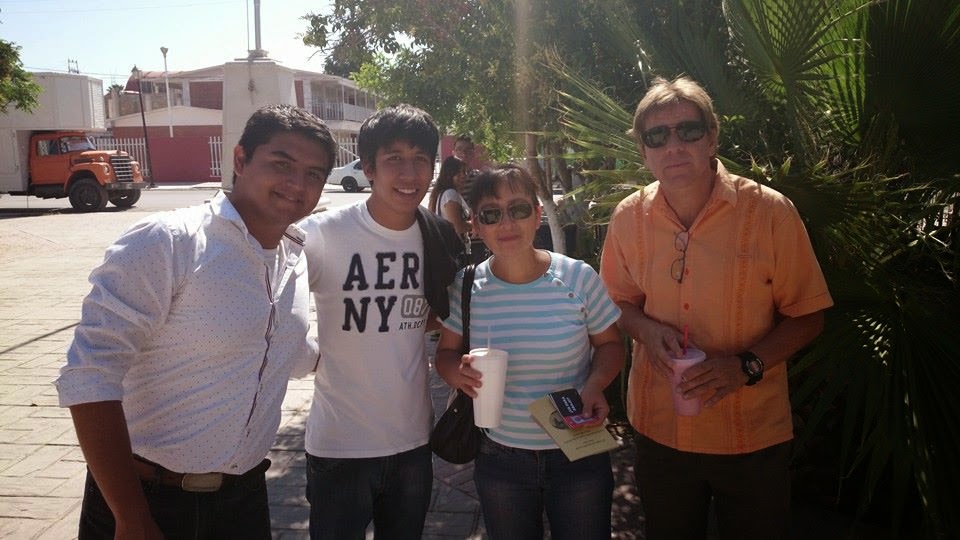 Yesterday morning, instead of our regular church service, we went to the plaza and held a special evangelistic event. We were divided into teams; some of us handed out pamphlets and flowers, others prayed with the people we found in and around the plaza, we offered manicures and hand massages, and we presented dramas and music.


I was part of the team that gave out flowers, and it was almost funny to see people's reaction when we stopped them - they didn't believe that we were giving the flowers away, and many were reluctant to accept them until we told them clearly that it was a gift. I say it was almost funny, because to me it was sad to see that people really don't expect to be given anything for free; there always has to be a catch.

It was also sad for me when we gave out the flowers because we said to each woman that the flower was from someone who loved her very much, and then we asked if she had someone who loved her.   I was expecting everyone to say, "Yes, my spouse, my children, my parents...", but the number of women who didn't have an answer to this simple question was surprising. Maybe the women were embarrassed to be asked this question by strangers, but maybe they really didn't know if they were loved.

Afterwards I thought about our role as Christians and about what Jesus says to us in the Bible, and I thought of what he said the greatest commandments are: first, to love God with everything we are; and second, to love our neighbours as ourselves. How are we doing this in our everyday lives? Are we doing it at all? I know these aren't new questions, or even complicated questions. Sometimes the simple things cost us the most work, but they are the things that matter the most. 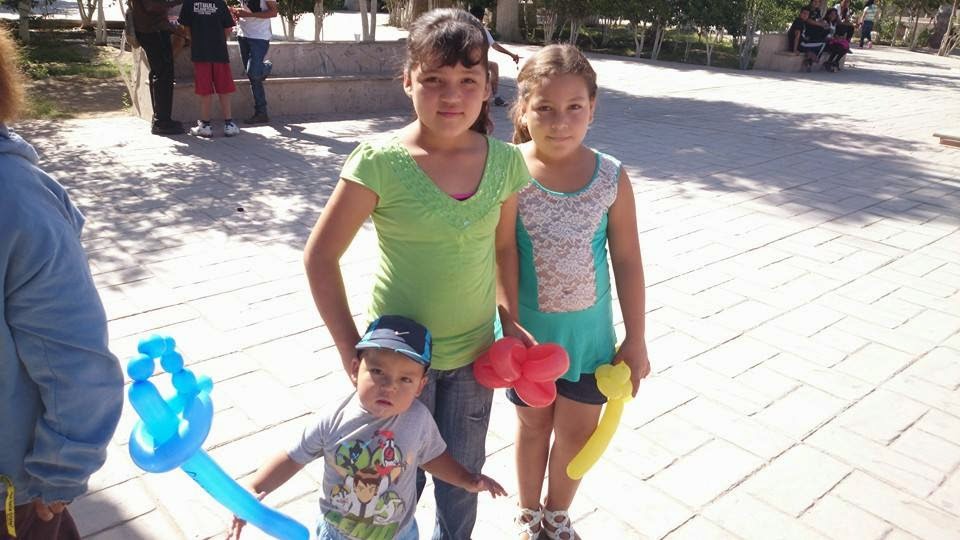 We are hoping to see great results from yesterday's work, and we're hoping to hold another event in a couple of months. I'll keep you posted!
Posted by Seedtime & Harvest Ministries at 6:45 PM No comments:

Another rainy day here in San Pedro, which thankfully has brought some relief from the heat! We're getting ready for our evangelism Sunday, where we will be spending several hours in the plaza downtown instead of holding our regular morning service. We have different groups with different activities planned, including prayer, making balloon animals, hand massages, giving out flowers and washing cars - anything we can do to interest people in hearing the Gospel. I'll be posting pictures likely on Monday or Tuesday.

I'd like to share briefly a need and a prayer request. Stephen needs some dental work done; one of his front teeth fell out suddenly and we are praying for $2800 to replace it and to take care of other work that needs to be done as well. Thanks first and foremost for your prayers, and if anyone feels led to give an offering, it can be sent through the PayPal link on this page or through regular mail at the addresses on the left sidebar. I'll keep you updated (and maybe Stephen will let me post a picture....or maybe not!).
Posted by Seedtime & Harvest Ministries at 8:22 PM No comments:

...and some of last week, too! Happy May, and just like every year, with the start of this month someone turns on a switch and it's HOT. Right now it looks like it wants to rain, but we'll see if it's water or dust that falls.

El Calor's season ended on Saturday with a 2-0 loss in Cancun in the first round of playoffs. One of the players suffered a broken leg and was operated on but is recovering well. Please keep praying for the team and this ministry over the summer; the boys are still here training and we are still hoping to find some partners to help with the expenses in the coming season.

Club G-VI celebrated Children's Day on Saturday (Children's Day is a big deal here, lots of games, candy (sometimes for the adults, too!)). We had a good turnout, and the kids had a break from their regular classes and enjoyed games and fellowship.

We're getting ready for a special outreach service in 2 weeks. Our Sunday morning service will be held in the main plaza downtown, and we are preparing groups to minister in different ways to the people we find throughout the morning.
Posted by Seedtime & Harvest Ministries at 6:26 PM No comments: