This afternoon the youth of Templo Cristiano did some street ministry in a rougher part of San Pedro. We arrived at a small park in the middle of the neighbourhood which isn't used much any more. It used to be used heavily by children and young people but drug dealers started "recruiting" (kidnapping) people to help with their business, and so the space is now mostly deserted, especially after dark. We began with a praise song and then our drama team performed several skits. 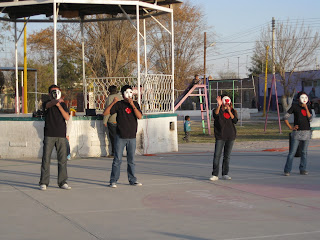 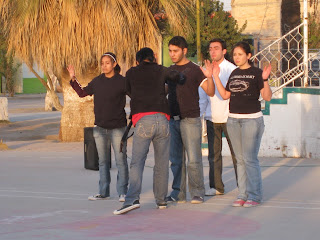 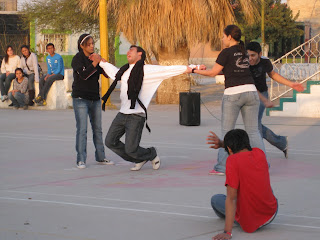 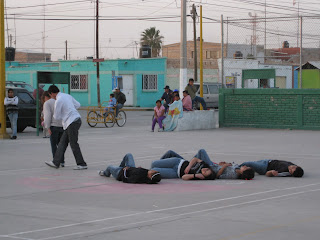 Our audience was small at first but it grew and included a fair number of children. 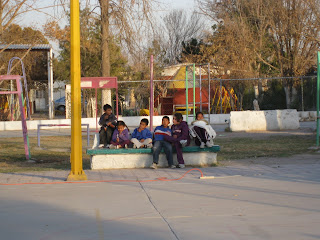 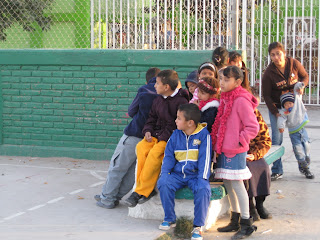 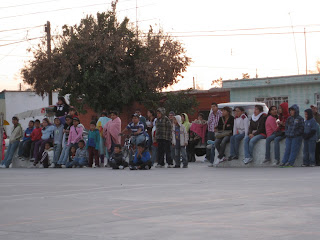 We were there about 2 and a half hours, during which time the temperature dropped about 10 degrees! At the end of the outreach we had prayer for everyone who was there, but especially for the children who came.