In Mexico, Independence Day is celebrated on Sept. 16. This year we held a special event/fundraiser for Templo Cristiano Libertad. We formed groups within the congregation and each group was responsible for a booth with an activity or food for sale. Everyone dressed up in traditional Mexican clothing and participated in the evening, which went for almost 4 hours. There were prizes for the best costume, best booth, best activity, etc. We were able to raise a good amount of money to go towards construction expenses as well as reach out to the neighbourhood.

Note: We still don't have electricity in the church so most of the pictures are a bit dark. 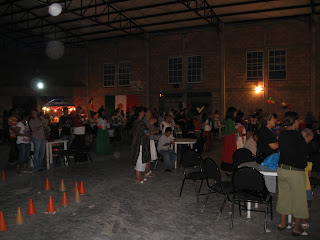 We had a time of worship before the fellowship. 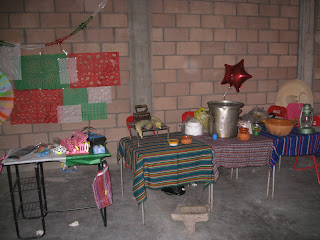 One of the food booths. 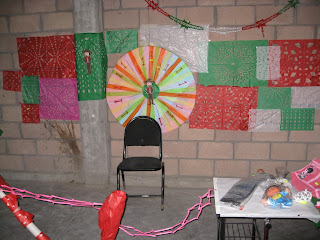 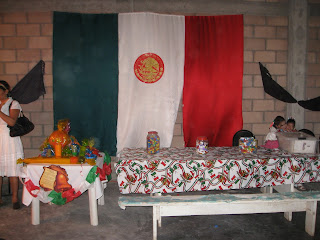 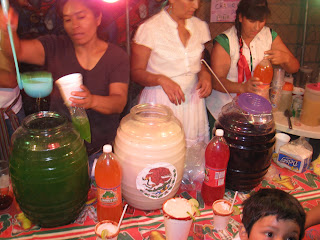 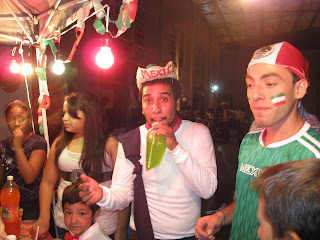 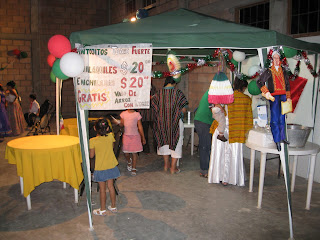 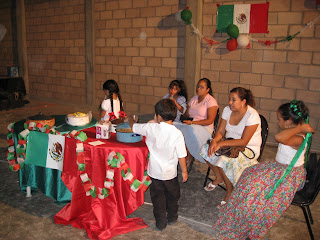 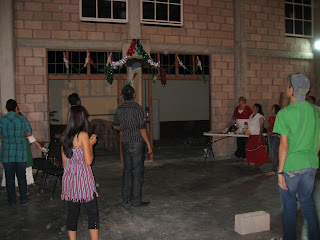 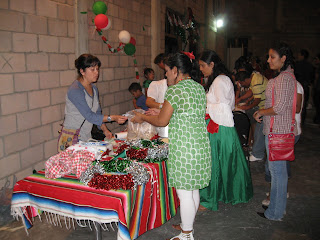 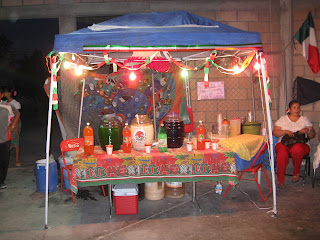 The drinks booth again, which won the prize for best booth as well as most money earned.
Posted by Seedtime & Harvest Ministries at 6:29 PM