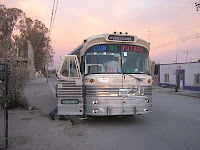 Above, the waiting bus, very early on Saturday morning. 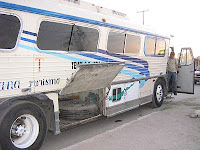 Last minute checks, making sure everything is packed and ready to go.
Despite a problem with the clutch, the trip was fairly uneventful and ECSP won 2-0. They are in second place in their group and within 3 points of the top spot. ECT won 5-0 and are in 4th place in their group. Both teams are getting ready for the playoffs, which start at the end of April.
Posted by Seedtime & Harvest Ministries at 6:26 PM