On Sunday we held a special service to celebrate Children's Day. We have a large number of children in the church and many are already involved in ministry, despite their young age. We have a group of young panderistas (tambourine players), a youth drama team composed of participants between 12-17, and young musicians. This year the drama team performed a skit for the younger kids, and afterwards all 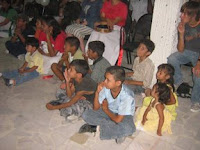 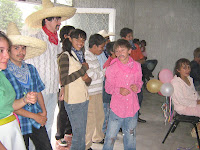 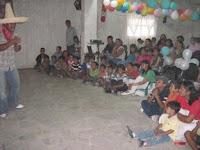 Also, last week we had several baptisms, one planned and four decided-on-the-spot... 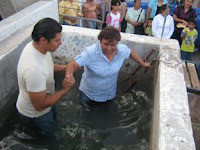 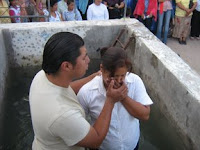 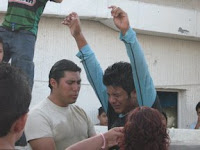 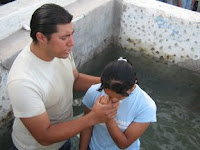 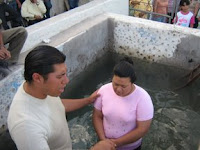 As well, our soccer team, El Calor, has made it to the second round of playoffs, despite a difficult first round. They play tomorrow in Torreon and then will travel to Tijuana for a Sunday game. Please pray for the team as they travel and play for the glory of God.
Posted by Seedtime & Harvest Ministries at 5:48 PM